How do you review this? Some whiskies on here are very rare, but not only is this not rare, it’s so ubiquitous, it’s many people’s first experience of an Islay malt. It’s available in most supermarkets and most bars, so what can I say that hasn’t been said before?

Well, I can start with an anecdote. Back in 2005, my best mate was getting married and I was best man. If there’s a long drinking session taking place I tend to revert to whisky. Beer and wine make me feel sick after a while, but whisky is like an elixir for me. So I scanned the bar for the best whisky available and settled on that being my drink for the evening. Laphroaig 10 year old was that chosen whisky.

After a few hours, the bride came running over to where I was stood. “Quick get the kids away!” she cried. “Why? What’s wrong?” I asked. “Those glow sticks I gave them must have broken, and there’s chemicals everywhere!”

Before we could say anything else, she scurried off, shepherding people to an open door. When she came back again moments later I asked “Is this the chemical smell?” and wafted a double measure of Laphroaig under her nose. “JESUS WEPT!… WHAT THE F*CK ARE YOU DRINKING?” was her response.

Which reminds me that back in the 90s my mum gave me some cufflinks she’d got free with a bottle, where one said “Love Laphroaig” and the other “Hate Laphroaig”… the cufflinks and the anecdote sum it up. 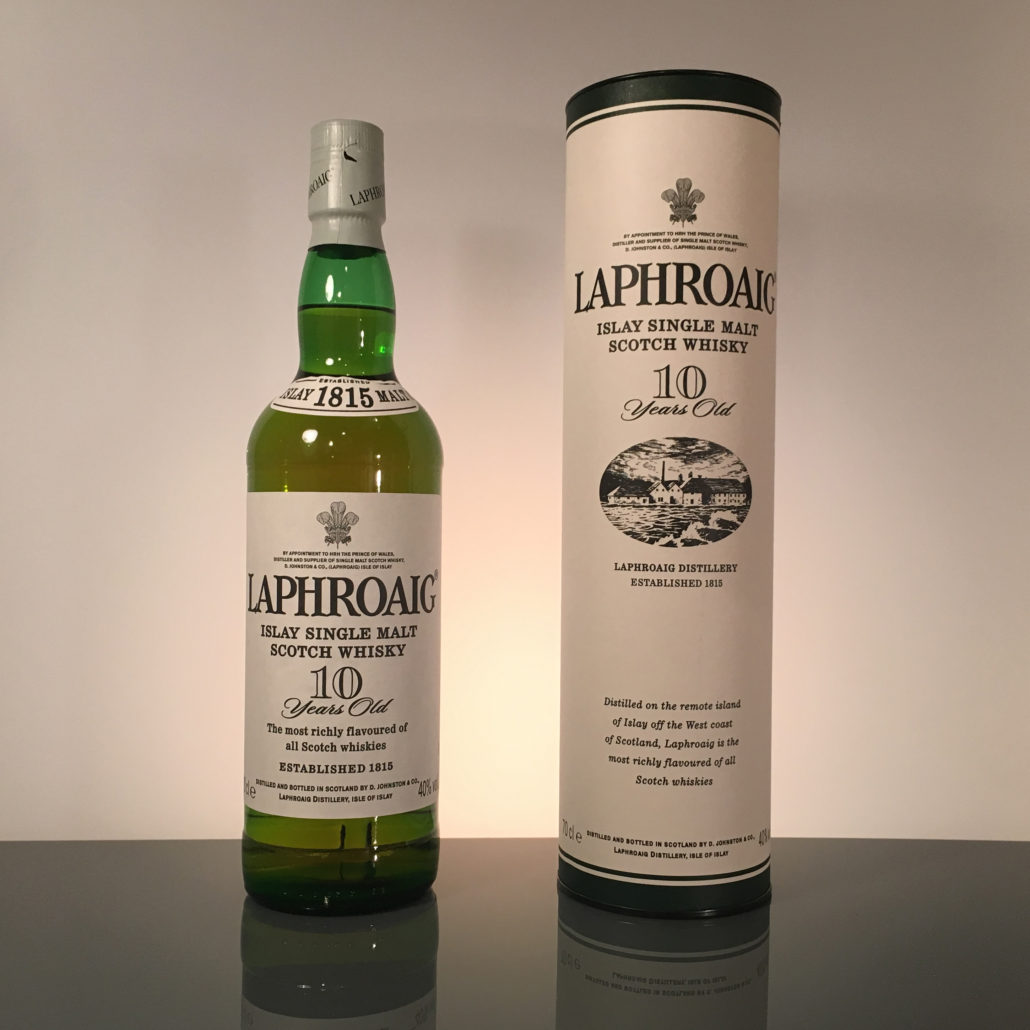 It’s a classic and if you like peaty malts, you’d have to go some distance to get as rich and full flavoured one as this for the £30-odd a bottle cost.

In front of an open fire, stood in a biting northerly wind, or surrounded by kids with glow-sticks… it’s a whisky for all occasions.

Adnams – The Spirit of Broadside