I despise the word “organic”. For me, it conjures up the idea of someone dipping carrots from Aldi in a bag of compost and running off to a farmers’ market to fleece people in 4x4s. I like the words “provenance” or “terroir” because that means something… (mainly I’m a Francophile dick, but I digress)

There is no nutritional difference between organic barley and non-organic and any pesticides don’t permeate the “germ” of the grain (where the action is!). Finally, if you’ve seen how whisky is made, then whatever infinitesimally small residue of pesticide there may be on the barley wouldn’t survive the distillation process.

Suffice to say, I approached this with my “grumpy face” on.

The barley has been sourced from Mid Coul Farm, Mains of Tullibardine Farm and Coulmore Farm and is un-peated. It was however awarded “Exceptional” status and three stars by the tasters of the prestigious Gault Millau and Michelin Superior Taste Awards. Zut Alors! It might be good. 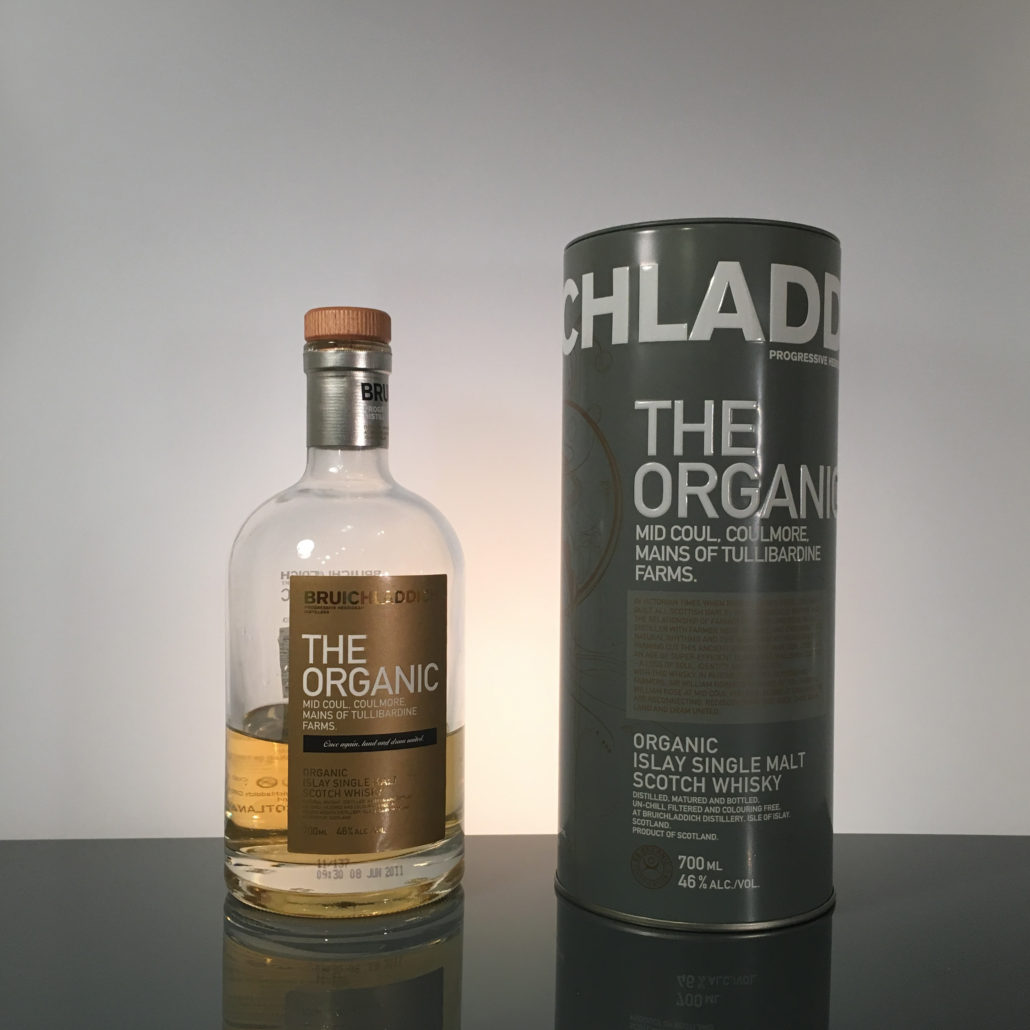 I’ve overcome my initial reticence and grown to quite like this and it’s become a “go to” whisky in our house. It’s what the Scottish call a “ceilidh whisky”, easy to drink in large quantities. It’s not something you would sit and savour and it’s not something you’d treasure but as an Islay malt that even peat-averse whisky lovers can drink this can be “plonked” on a table for all to enjoy.

Want to join the discussion?
Feel free to contribute!